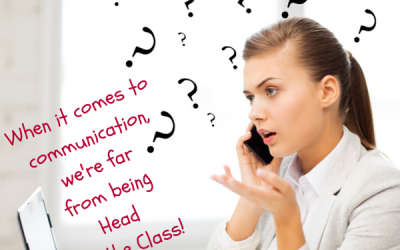 Many Victorian businesses are plagued by poor communication.  Its not that we can’t communicate, we’re just forgetting how to!     Question – What do these four have in common? Vervet Monkey Bottle Nosed Dolphin African Bee Laughing Kookaburra   Answer – they are exceptional communicators!   So where are the Humans?  And why aren’t they on the list?   The reason is easy, we are simply not exceptional communicators; far from it.   I would argue that communication is the single most important aspect of society and the way it functions; it defines almost every interaction we have with every other person on the planet, yet guess what raises its treacherous, scaly head in just about every single organisational culture survey completed by employees…   What is it? So why is this happening?  Why are we so incompetent in the language of communication? Perhaps there is a clue in that very question? Firstly, I want to clarify that ‘language’ is a system for communicating; its one of many systems within the animal kingdom and one that we have come to rely heavily upon, whilst the other forms, so well utilised by our friends (monkey, dolphin, bee, magpie) have become less relevant. Secondly, language is a set of words, agreed to and understood by a common user group.   Effective communication!   To successfully communicate, there needs to be a transaction, just like any other transaction we make a thousand times a day: One party gives an item; A second party receives an item; Both parties agree that the item is transferred and the transaction complete. Example: I visit an ATM I... END_OF_DOCUMENT_TOKEN_TO_BE_REPLACED 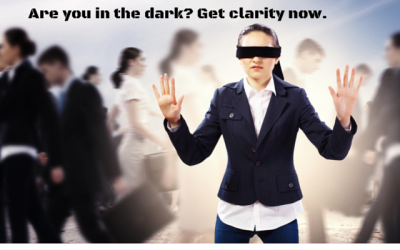 That which hides behind the KPI’s: Role Clarity

NEWSLFASH:  Role Ambiguity responsible for KPI crash; Expert says “Role Clarity the Answer”   A familiar tale Ok, take a breath.  Its ok.   Yes, we’re 80% through our performance cycle and only at 25% of our performance expectations, yet, geez, I know we can still make it, can’t we? I’ll just work a little harder this week, squeeze in a few more hours, pull out my A-Grade motivational speech and really get the team buzzing.  We’ll make it, yep, for sure…. I hope! Sounds familiar right? Reality Its a really common story inside the world of Management.  Of course we need to accept that today (and probably for the duration of our professional careers) we will operate within a world of performance metrics and matrices. We also understand that these measurements give quantifiable evidence of our ability to do what we are supposed to do as Managers: achieve results through the efforts of other people. So then, if these measurements are so important, if they genuinely measure our level of skill (a question for another day) and we can stand, hand on heart and profess our devotion to achieving the benchmarks, why are we all so bloody overwhelmed? Essentially we study the data related to performance after-the-fact and then obtain feedback, put in place performance improvement measures and move on to the next cycle, only to be in a similar predicament down the road.  Something seems wrong, wouldn’t you agree? A simple question: Do you know WHY your KPI’s are what they are? Do you really know? Really? A way forward My experience working with Middle Managers is that they... END_OF_DOCUMENT_TOKEN_TO_BE_REPLACED 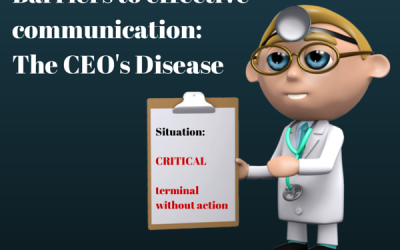 Effective Communication is paramount to organisational success; Poor communication can be fatal!   The Problem Dynamic For over a decade I arm-wrestled with Federal and State contracts in the field of Social Services. Unsurprisingly, considering the complexity of these contracts, I also wrestled with staff, on a daily basis, trying to get them to deliver the contract within the prescribed parameters. I felt I was communicating honestly, openly and clearly, yet I could never find real traction in establishing a platform of performance that was required. The Diagnosis In mid 2011, after throwing my hands into the air in resignation, I came across the concept of “The CEO’s Disease”. It was a pivotal moment in my journey towards rebuilding my career and highlighted the significant issues caused by poor communication, whilst giving a diagnosis, a range of symptoms and finally, a cure. As I learned of this putrid disease, I became intimately aware that this disease had run rampant through my previous place of employ. I realised that it was nobody’s fault, it was a disease of unawareness and ineffectiveness, despite extraordinary effort and commitment. The Symptoms Effective communication, or lack thereof, can play a very large role in an organisation’s overall performance. “Poor Communication” consistently rates as one of the major disabling factors across vertical and horizontal business structures as indicated by the Sustainable Organisational Culture Survey. Moreover, perception of poor communication channels running vertically through the organisation (ie. from the CEO to the shopfloor) has significant impacts on morale, motivation and effort of people at the lower levels of the organisation. Often, the CEO and senior members of... END_OF_DOCUMENT_TOKEN_TO_BE_REPLACED 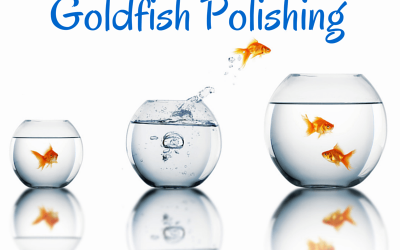 Professional Development I’ve always struggled with Professional Development. For the majority of experiences I’ve had, the take home message has formed the same monotonous tone, “well that was a waste of time!” Often the title of the training, the glossy brochure and the attendant agenda offer a ‘blanket box’ of wonderful skills and techniques to create organisational (or personal) utopia. As an emerging Leader in my chosen field, I increasingly became engaged in a series of (increasingly expensive) workshops and courses that only seemed to deaden my expectations and increase my cynicism; simply put, the benefits of the exercise fell far below that of the “Promised Land”. Even when the training was of value, it seems that a few days or week after the event, I had little or no recollection of the content and intended uses of such. That is not to say that I learnt nothing along the journey. Stephen Covey’s seventh habit, for example, as described in his famous self-help book and workshop, The Seven Habits of Highly Effective People, is titled “Sharpen the Saw” did make some impact. The metaphor explains an ideology of keeping our tools in optimum condition to promote effective performance. In a world that is constantly morphing and challenging our business structures and models, the ideology has never been more important. Furthermore, the benefits of keeping those saw teeth sharp must be sustainable and not simply a process of “goldfish polishing”. I took this habit and with great vigour, began the search for the right Saw Sharpener. Goldfish polishing, …. as defined by one of Australia’s most experienced and influential Organisational Culture experts, Robert Re (an exceptional Saw Sharpener and now my mentor), is the... END_OF_DOCUMENT_TOKEN_TO_BE_REPLACED 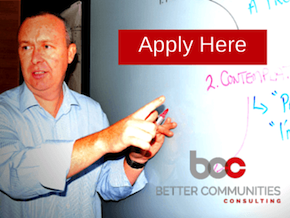